Thanks to judges Maria Zasada, Jerzy Olszewski and Leszek Siejkowski for nice atmosphere in the ring and to Marta Golińska for professional handling.

In that way MILAN became Junior Champion of Poland. 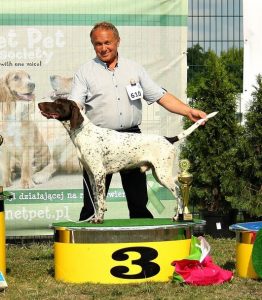