Thereby SARI became Champion of Poland after receiving 4th CWC. Apart from that SARI is Junior Champion of Poland and achieved 2nd place during World Dog Show 2012 in Salzburg. This female with long tail has very successful siblings as well. Among them the most famous are SZAFIR and SANTA, living in Romania. 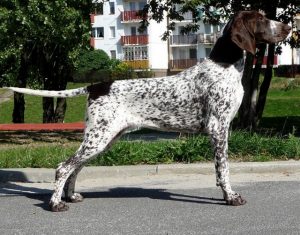