In Sopot she became Junior Winner and obtained BOB Junior. In 3 weeks there will be the most important test – EURO DOG SHOW in Geneva (Switzerland). I hope you will keep your fingers crossed! 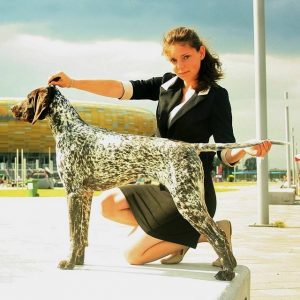