SZAFIR is the first adult dog from our kennel which became champion of this country. Mother of Szafir – IZZY – became Junior Champion of Luxembourg few years ago. SZAFIR is doubtless one of the biggest stars during dog shows in Europe. He will take part in World Dog Show in Budapest. 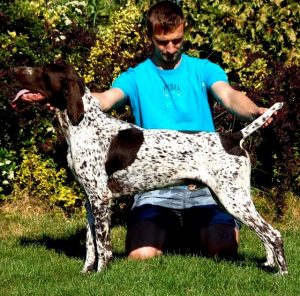