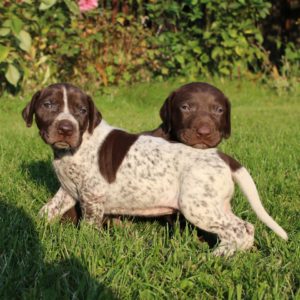 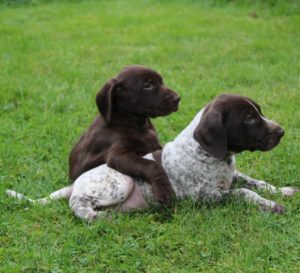 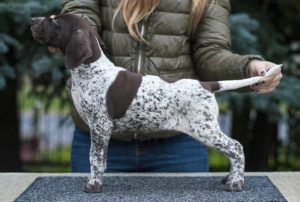 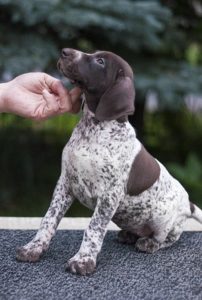 BARCELONA is 63 cm high female. She is a light brown ticked dog with patches, strong body structure with a rather massive bone. She has very good angulation, especially rear angulation. She is marked by spacious movement. She inherited from her ancestors an excellent wind, pointing and passion for working in water. BARCELONA is maybe not really fast in the field, but works prudently, exactly, easily keeps in contact with the hunter. She has an inborn fetching. 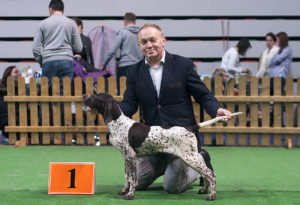 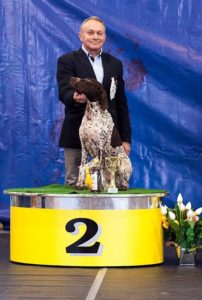 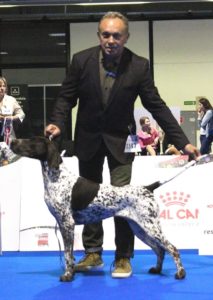 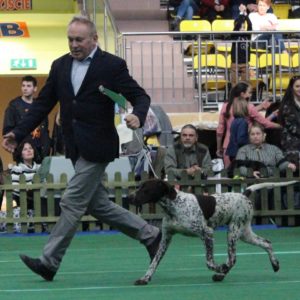 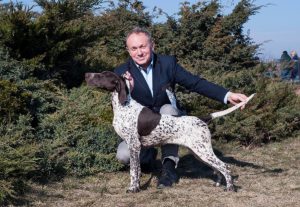 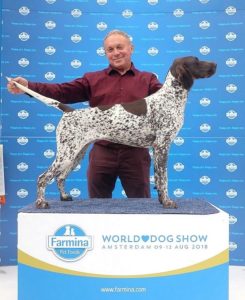 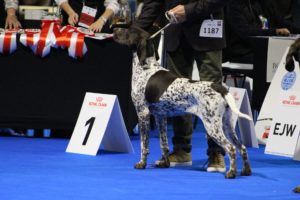 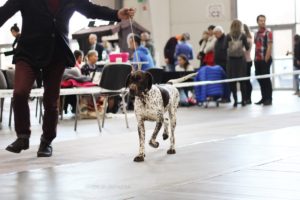 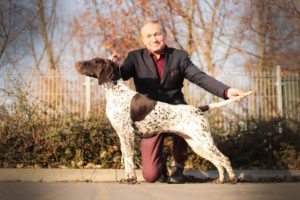 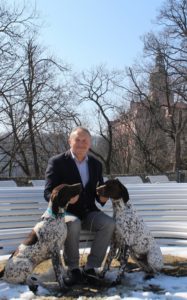 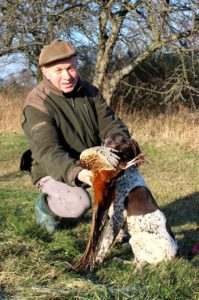 Barcelona placed in puppy class three times on the podium in BIS Puppies competition. At the age of 10 months, within 3 weeks she became Junior Champion of Poland. At the Special Show at the WDS in Amsterdam, she got excellent and took 2nd place in junior class. At the European Dog Show in Poland in 2018 she took 2nd place among 11 participating females in junior class. BARCA has several CWC applications, including one from  international dog show.

BARCELONA in the summer of 2019 had the first litter out of black ticked male - ELIOTT z Snu Nemroda. Her daughter GRANDE PANDA stayed in our kennel (she is light black ticked female without patches).

Every mating in my kennel is well thought out, especially when both parents come from Czarny Dwór. Barca's pedigree is a delicate inbred for the leading dogs of the early 2000s: UNGARO KS vom Hege-Haus and UCHE z Czarnego Dworu. Ungaro is a German stud dog, light black ticked, with an extremely effective look. He comes from the most famous German kennel in the world. Uche is the effect of combining the female JAGA z Czarnego Dwór (1/2 blood Malomkozi) with a male coming also from Hege-Haus - JOGURT KS. Litter out of UNGARO and UCHE was exceptional. OBELIX and OLGA achieved a lot in European competitions. Obelix is a stud dog of unsurpassed value to this day, father of many World and European Winners.

I think BARCELONA has a very high breeding value. Her ancestors guarantee a good type of German Shorthaired Pointer. 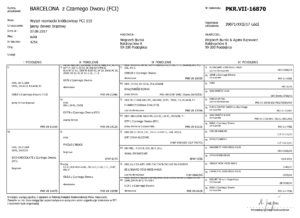 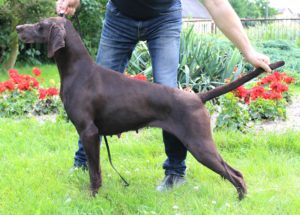 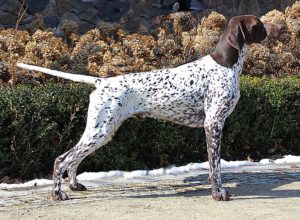 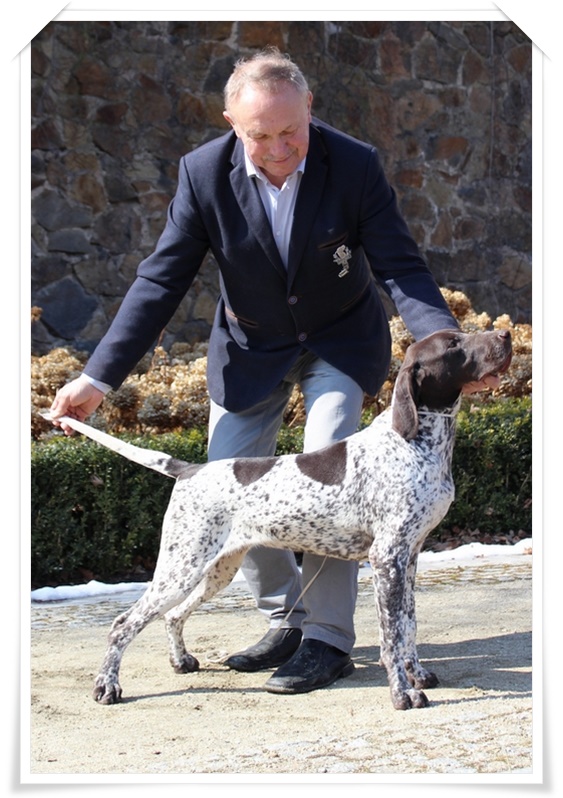