OLGA, mated in course of consecutive periods with different stud dogs, did not give puppies. Only by the suggestion of one of my colleagues I realized that the reason is the resorption of the fetus. Under the supervision of Czech veterinarians I decided to inseminate this female with many achievements on the field trials and dog shows and excellent pedigree with the dog DON z Czarnego Dworu. My dream about the offspring of OLGA has come true. As a result of well-monitored pregnancies by the brilliant specialists from Brno OLGA gave birth to 4 puppies. One of the two females in the litter was MERCI. The other three OLGA’s litters were numerous, and the pregnancies proceeded without any problems. 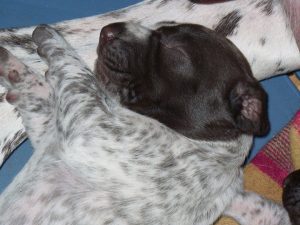 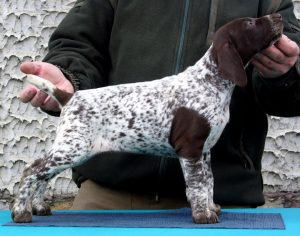 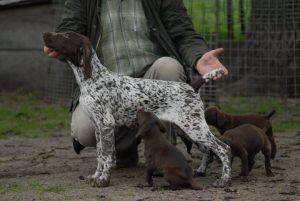 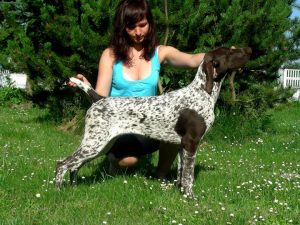 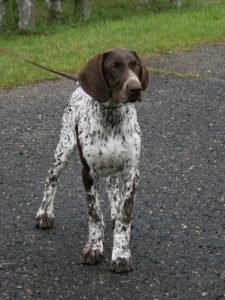 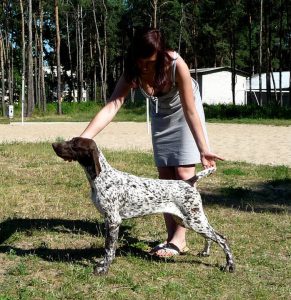 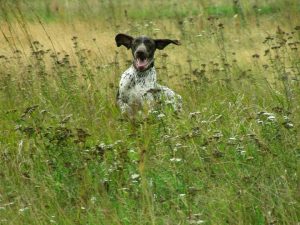 MERCI turned out to be a slightly built female, both compared to her father and mother. She was the result of relatives mating, her mother OLGA is the grandfather's sister from the father’s side (OBELIX z Czarnego Dworu). Inbred intended, the effect of combination met my expectations.

MERCI is about 62 cm high, she is impeccablely built. She has a medium thick bone, a slightly more delicate head, and a great movement with a big turn. In work very obedient, inborn fetching, stylish pointing, very good wind, great passion for working in the water, medium fast and not far away working from the guide in the field. Friendly to people and animals. Willing to drive in the car, without traffic sickness. As a mother she perfectly raises puppies. Her most interesting descendant is GENEVA z Czarnego Dworu (currently in Greece; 2xCACIB) after mating with HUMMER Zielona Brda. 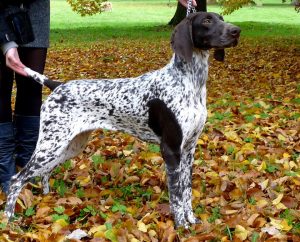 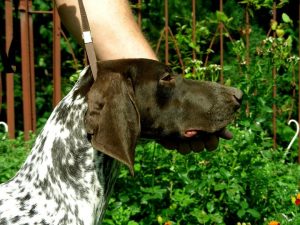 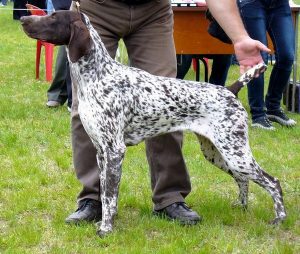 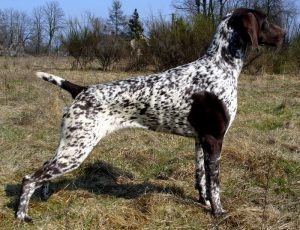 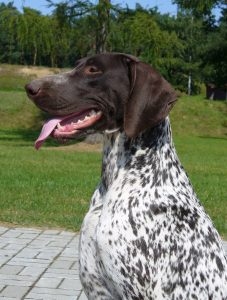 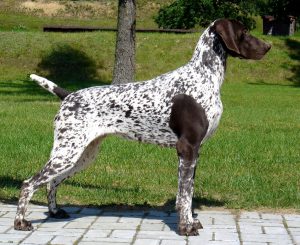 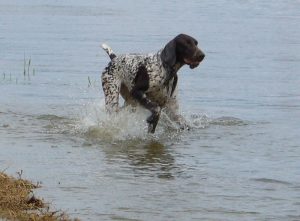 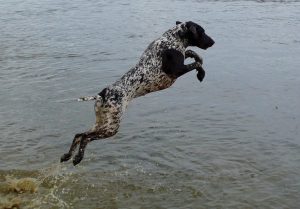 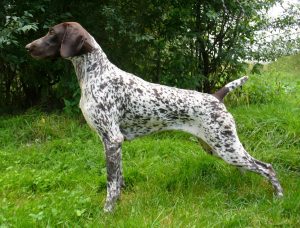 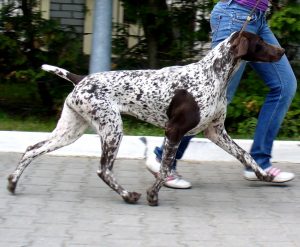 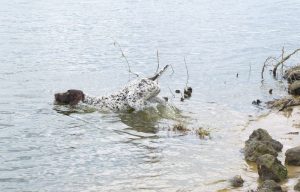 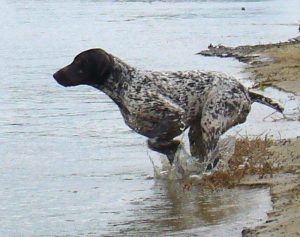 On the World Dog Show in Paris MERCI became Junior World Winner, and on the other dog shows in Poland and abroad she won BIS in the following classes: BIS Puppies, BIS Junior, BIS of the whole dog show. She was evaluated on field trials, where she obtained her first degree. Given her high homozygosity, she is a very valuable breeding material. 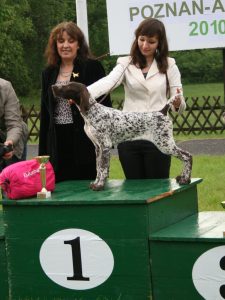 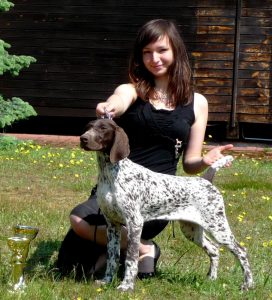 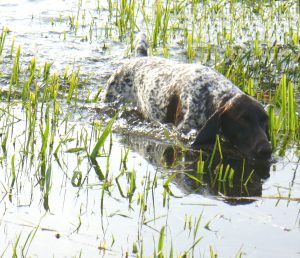 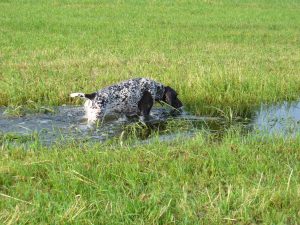 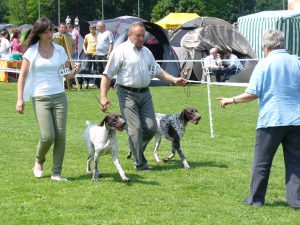 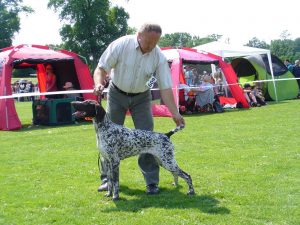 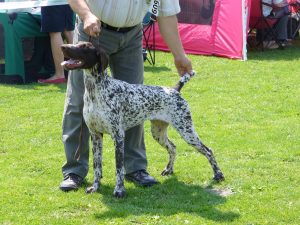 By analyzing the pedigree, it is easy to notice that MERCI is a result of combination in kinship. The parents of OLGA (mother) are the same dogs as in the second generation of the father: UNGARO vom Hege-Haus and UCHE Z Czarnego Dworu. These are two very valuable dogs, and the mating in such kinship was carefully thought out. MERCI derives from the relative mating and it makes big probability that her offspring will have to a large extent the characteristics of the aforementioned ancestors. 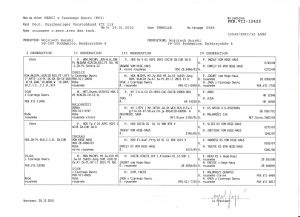 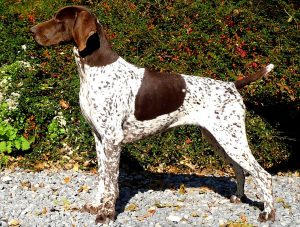 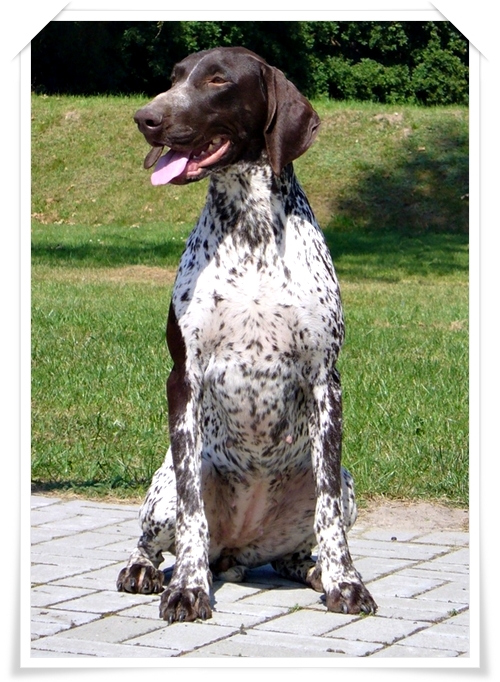